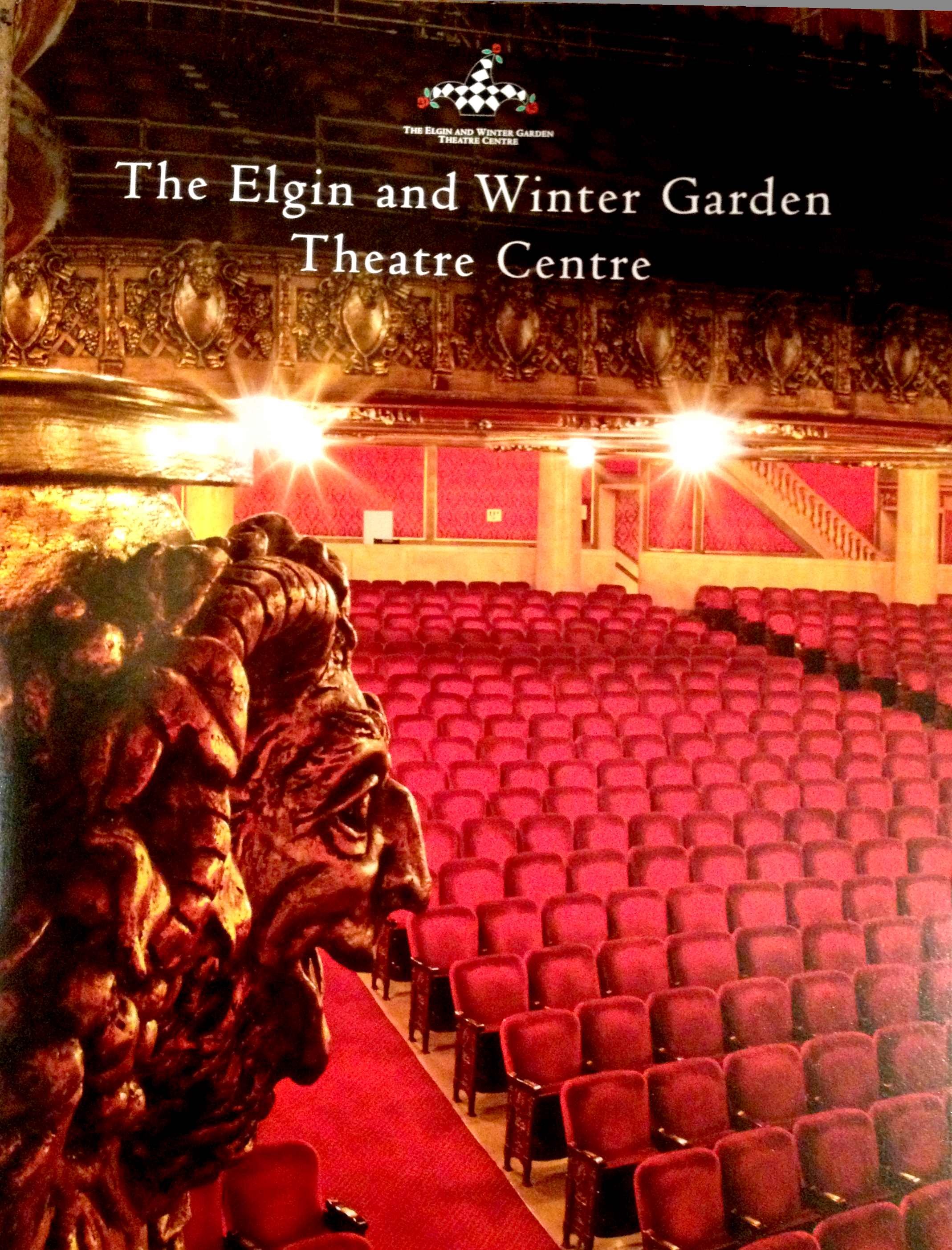 I belong to a photography club that organized a photo shoot for its members at the Elgin and Wintergarden theatres in Toronto. The theatres which are managed by the Ontario Heritage Trust were celebrating its 100th year anniversary and the OHT were creating a commemorative program. Our club were invited to submit images that were to be selected for inclusion in the program. My image was selected for the cover of the program and several were also included inside. To say that I was excited about that would be an under statement.